Be a part of something Bold

While interning at an agriculture bank in college, I traveled with a lender to tour a client's brand new premium grain facility on the Mississippi River. The founder showed us around, described each piece of equipment with excitement and had a distinctive bounce in his step that I'll never forget.
‍
Both his attitude and the corner of the grain market he built his firm to serve fascinated me.

Later, for my next internship, I interviewed with one of the global grain firms. Midway through the conversation the interviewer interrupted me, glanced at my resume, before looking me in the eyes to say- "you don't want to work in the grain industry long term."
‍
Slightly thrown off beat, I was young enough then, I took his word for it.  The grain industry was what he knew, and he could see something in me that I couldn't see in myself.

What I ended up doing that summer, instead, was joining an Ag strategy consulting firm. My assignment?  The grain industry. Sigh. The engagement was with one of the US Commodity Associations on a five year plan.

I was tasked with talking to 100 individuals across the grain industry and was to compile their ideas on one grand question: "How do we differentiate American grain versus Brazilian grain long term?"
‍
After finishing the final report, I looked back at the conclusions from previous ones completed 5, 10 and 15 years earlier. Each report reached the same result.

The academics, economists, grain operators and executives said the same thing every five years. And it became evident to me that the industry wasn't building on the future they all said they sought.

It was no one’s job to.
‍
When I went back to campus for my final year, I met my cofounder Joey at a hackathon weekend. His background was the complete opposite of mine: technology.

As a kid he grew up breaking and rebuilding electronics from scratch and was contributing to bioresearch labs as a high schooler. When we met, he was coming off an experience at Fitbit R&D and was building bleeding edge tech, for fun, whose application had grain's name on it.

Joey and I have been piecing together Amber Agriculture ever since.

After a 1000+ conversations with farmers and industry, 20 cumulative laps across the globe, 7 technology iterations, 3 full growing seasons of practice, and assembling together 1 of the sharpest teams in all of agtech, we are excited to share a first glance at our work and what’s to come.
‍
At Amber we are building off a hunch that Farmers see something in the grain industry, that it can't see in itself.

There is a way to build better grain.
‍
The thought of its potential powers the bounce in our step.
‍
If you are as excited about the future of grain as we are...
‍
Roll with us. 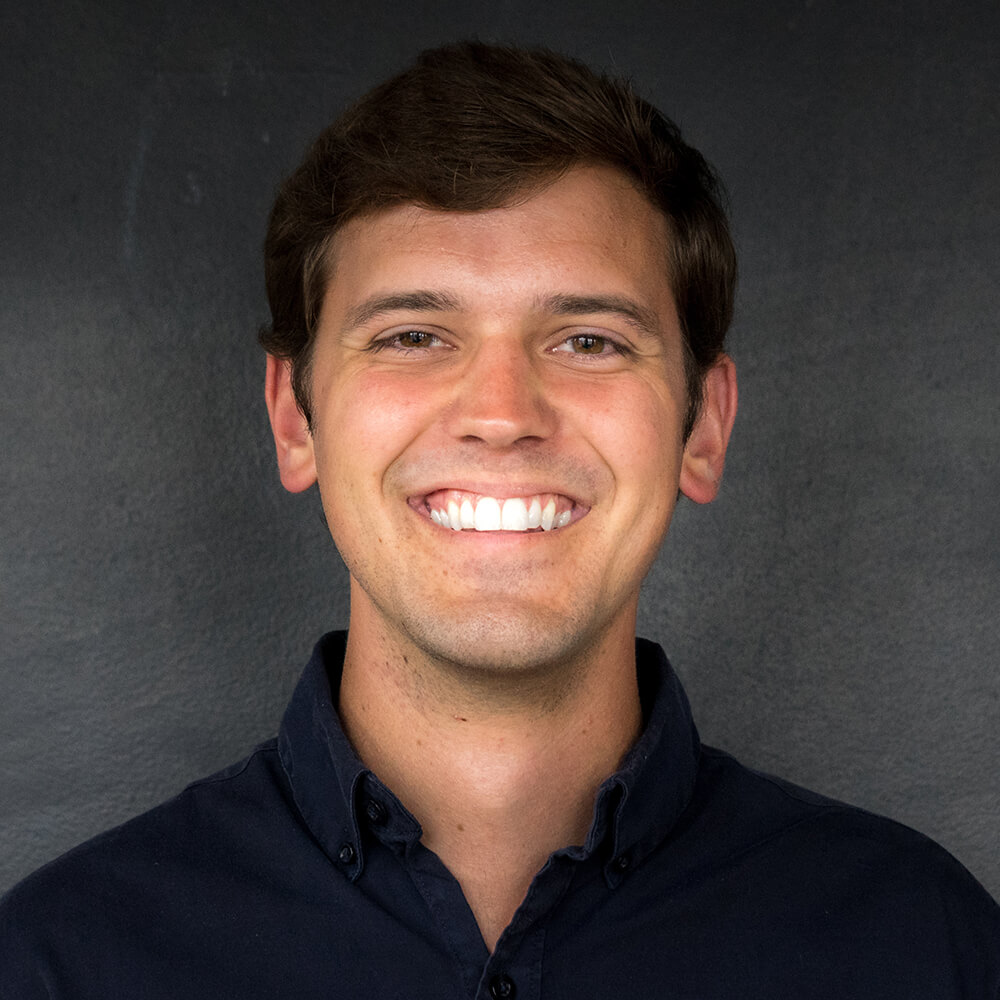 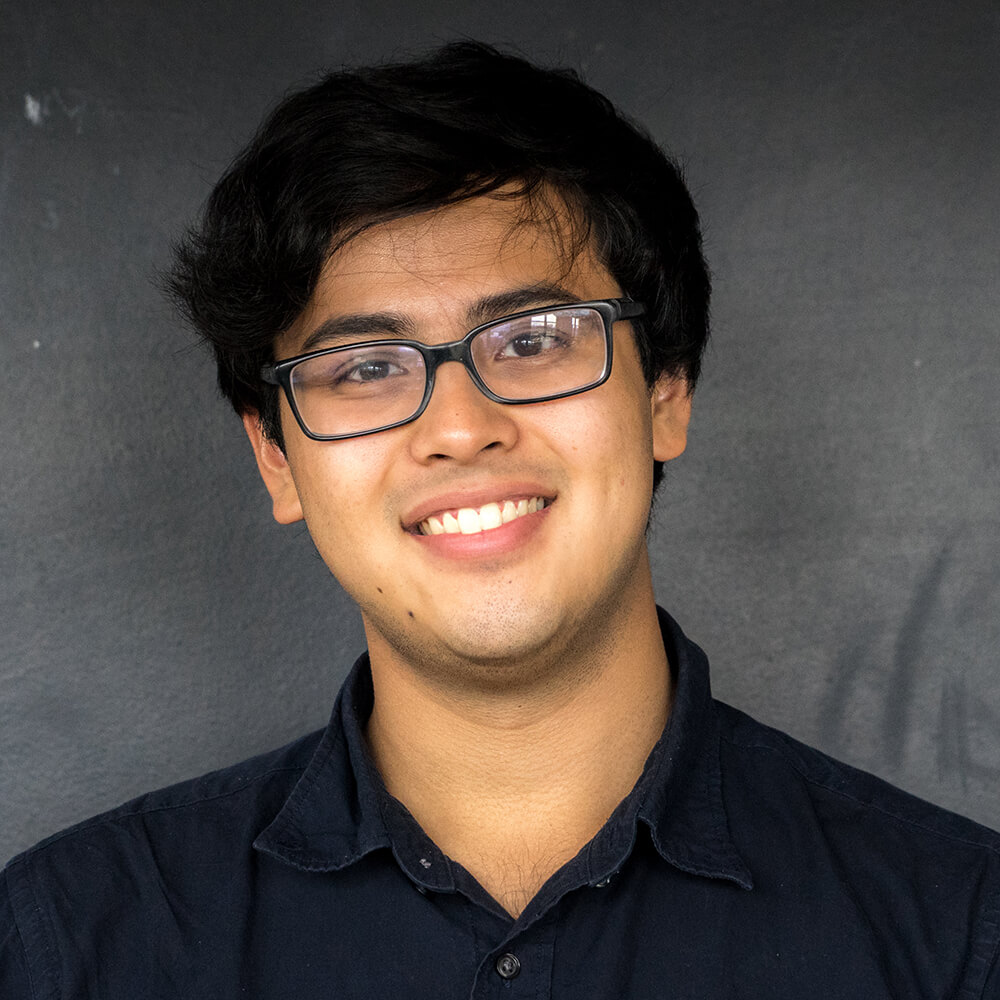 Joey and Lucas met as students at the University of Illinois. One a fitbit guy the other a farmkid.

They moved to the hardware headquarters of the world and lived above the electronics markets for six months.

After which they spent time company building in Silicon Valley for six months.

Before returning back to Illinois and began building out the team in the mecca of the Grain Markets.

Join the Journey
Join our Monthly Mail List
Join US

The Consumer Electronics Show in Las Vegas by Engadget

"Plenty of startups promise solutions to problems that are either overblown or don't really exist, but we can't say the same about Amber Agriculture. With Amber's array of sensors, farmers can more easily check the quality of their stored grain and get their wares to the companies that make our food at the right time. Beyond ensuring these farmers get the biggest return on their crop yields, the ability to monitor for the conditions that lead to spoilage could eventually help whole countries deal with food supply issues. Long story short: Amber's is a savvy approach to a pressing problem most people don't even know about."

Talked About in the Chambers of the United States Senate

"A startup company through the University of Illinois Amber Agriculture. Has developed a radio frequency transmitting puck similar in size to what I am holding about the size of a keyfob. That can be inserted into a bag of grain at the field, truck or container which is readable throughout the supply chain through to the end user. This will eliminate to the reliance on paper documentation that are easily misrepresented." - Dr. Ken Dallmier

Champions of the University of Illinois Cozad New Venture Competition

"An Internet of Things startup that helps farmers better manage their crops post-harvest won the grand prize at University of Illinois Urbana-Champaign's Cozad New Venture Challenge this week.... "It's quite an honor at a university like this where entrepreneurship is a…principle engaged throughout the university's activities, " said founder Lucas Frye,  "We're ecstatic to say the least."

"College isn’t for everyone, and it certainly isn’t for everyone fresh out of high school,” said Allyson Dias, director of the Thiel Fellowship. “Leaving behind the safety of the classroom and choosing to build a business instead isn’t easy or glamorous. But our Fellows have found what we suspect to be true more broadly: young people learn best by doing things in the real world.” To date, companies created by Thiel Fellows are worth more than $3 billion combined."

Sensing the need for a Solution

Founded by Illinois students, Amber Agriculture is poised to protect our crops.

"In addition to ensuring the quality and protection of grain during storage, Amber’s sensor also has potential use in another important, and lucrative, arena: organics"

"The award is intended to honor creative and passionate innovators on campus, working to enact change through research and tech. Amber Agriculture is a system of IoT-enabled sensors that sit inside grain bins and monitor environmental factors such as CO2 and moisture to help farmers monitor and prevent crop spoilage."

Amber's sensors aim to save farmers' grain from spoilage

"But there's more to this idea than just helping the world's farmers demand the best possible prices. Amber co-founder Lucas Frye also believes that some serious long-term good could be possible if the company could work with farmers in countries where grain spoilage has been a pressing issue. Frye, a competent, low-key pitchman, says the startup's vision is on some level about protecting our food supply."

"We asked Lucas to join us because in a fundamental way this is about the next generation of researchers and entrepreneurs and I think you'll see how he really personify's that." - Dr. Tim Killeen, President of the University of Illinois

By Gies College of Business

"That is when Frye met his eventual co-founder, Joey Varikooty, an undergraduate in the Department of Electrical and Computer Engineering. Varikooty grew up on the east coast in Edison, New Jersey. A hacker at heart with instrumentation design experiences at bioresearch labs and Fitbit R&D, Varikooty came into the weekend to develop a sensor that could determine when objects in a dryer were sufficiently dry. Frye quickly thought of the largest dryer he knew: a grain bin."

"I come from a farm background, grew up on a grain farm in central Illinois. Have experience across the ag value chain. Met up with my cofounder and started looking at this issue specifically because he had the complete opposite background as me he's kind of that true hacker at heart grew up on the east coast not from a farm background, but was building these really cool sensors. We met at the University of Illinois. Great engineering school. Great Ag school. And combined our interests. And it's been very beneficial having that domain expertise being able to take Joey my cofounder who knows all these technologies out to grain farms and he has these fresh pairs of eyes where he looks at every process and says why isn't that automated. And we've had success at having that mix of backgrounds that we are focusing on."

"You start to look at that in percentages of what you can and how you can improve that bottom line, I mean that's huge. The opportunity is huge"